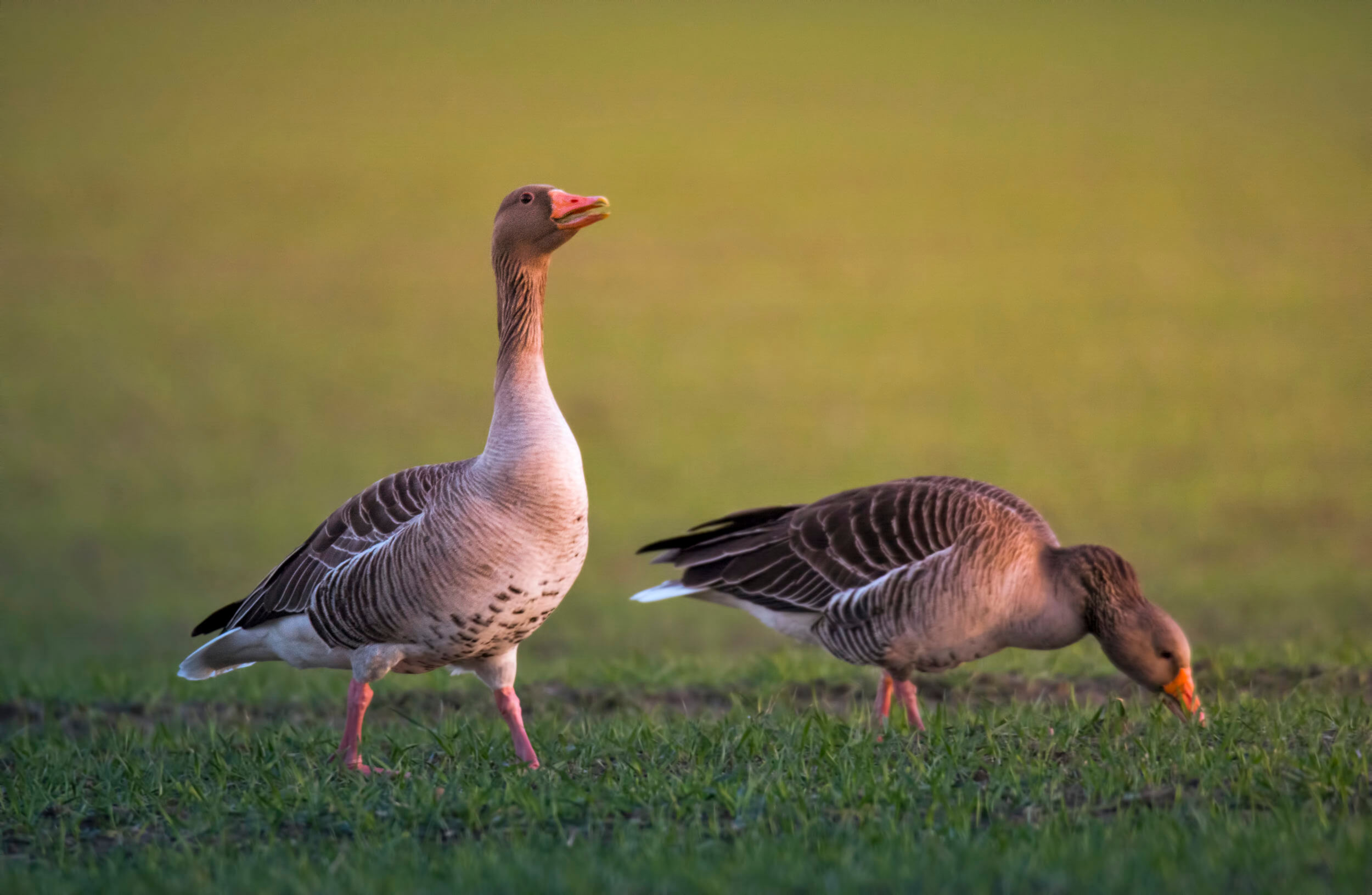 The greylag goose – Anser anser is a large species of goose in the waterfowl family Anatidae. It has mottled and barred grey and white plumage and an orange beak and legs. A large bird, it measures between 74 and 90 centimetres (29 and 36 in) in length, with an average weight of 3-4 kilograms. The genus name is from anser, the Latin for “goose”.

The greylag goose breeds in Iceland, Norway, Sweden, Finland, the Baltic States, northern Russia, Poland, eastern Hungary and Romania. It also breeds locally in the United Kingdom, Denmark, Germany, Austria, the Czech Republic, Slovakia and Macedonia. The eastern race extends eastwards across a broad swathe of Asia to China. European birds migrate southwards to the Mediterranean region and North Africa. Asian birds migrate to Baluchistan, Azerbaijan, Iran, Pakistan, northern India, Bangladesh and eastward to China. In North America, there are both feral domestic geese, which are similar to greylags. Greylag geese seen in the wild in New Zealand and Australia where feral birds are now established in the east and southeast of the country.

Greylag geese are herbivorous and feed chiefly on grasses because short, actively growing grass is more nutritious. The tubers of sea clubrush are also taken as well as berries and water plants such as duckweed and foating sweetgrass. In wintertime they eat grass and leaves but also glean grain on cereal stubbles and sometimes feed on growing crops, especially during the night.