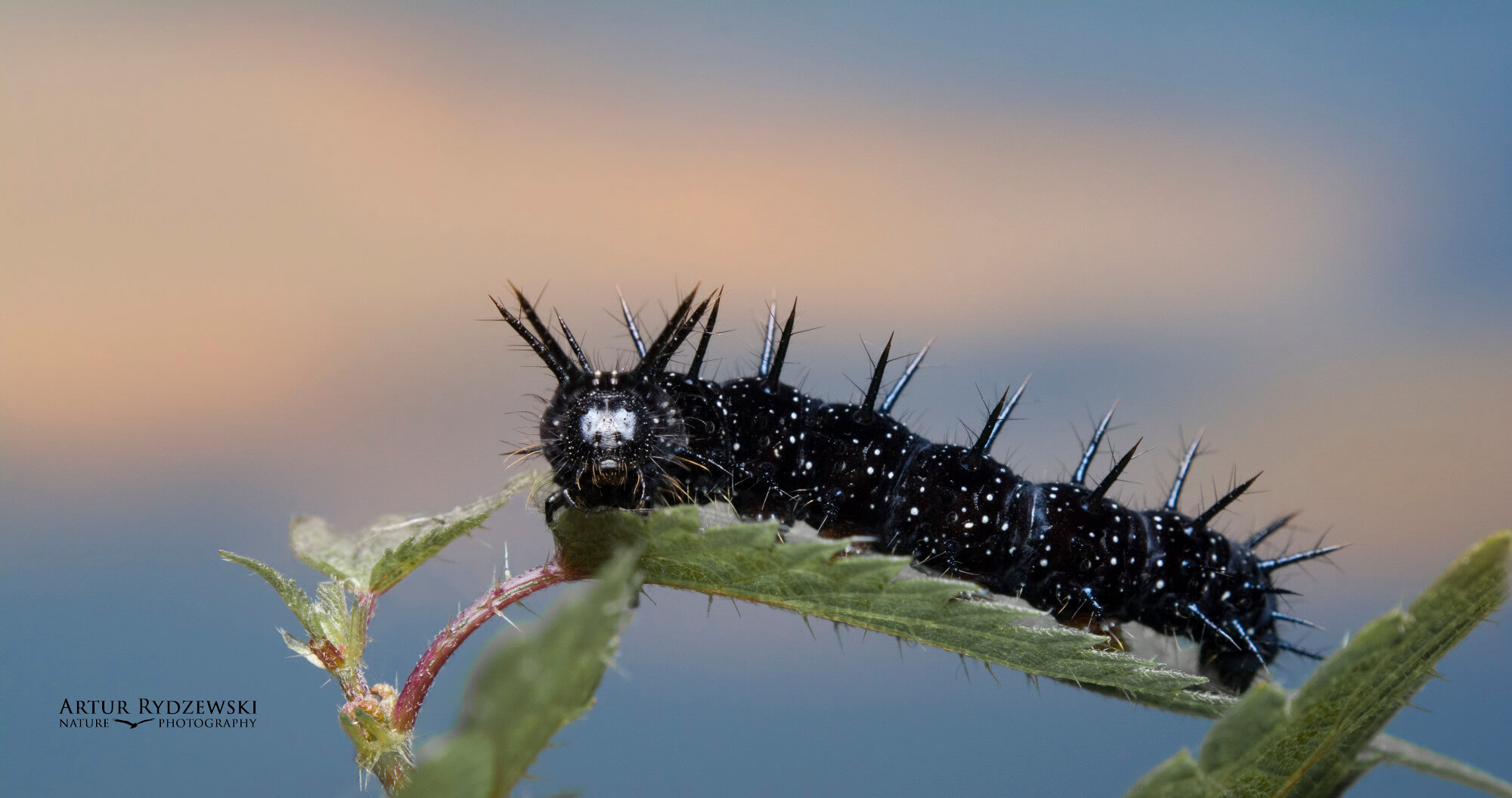 Aglais io, the European peacock, Inachis io, more commonly known simply as the peacock butterfly, is a colourful butterfly, found in Europe and temperate Asia as far east as Japan. Formerly classified as the only member of the genus Inachis – the name is derived from Greek mythology, meaning Io, the daughter of Inachus. The peacock butterfly is resident in much of its range, often wintering in buildings or trees. It therefore often appears quite early in spring. The peacock butterfly has figured in research in which the role of eyespots as an anti-predator mechanism has been investigated. The peacock is expanding its range and is not known to be threatened.

The butterfly has a wingspan of 50 to 55 mm. The base colour of the wings is a rusty red, and at each wingtip it bears a distinctive, black, blue and yellow eyespot. The underside is a cryptically coloured dark brown or black.

The peacock butterfly’s main anti-predator defence mechanism comes from the four large eyespots that it has on its wings. These eyespots are brilliantly coloured concentric circles. Like many other butterflies that hibernate, the peacock butterfly exhibits many lines of defence against would-be predators. Avian predators of the butterfly include blue tits, pied flycatchers and other small passerine birds. The first line of defence against these predators for many hibernating butterflies is crypsis, a process in which the butterflies blend into their environment by mimicking a leaf and staying immobile. Some hibernating butterflies such as the peacock have a second line of defence: when attacked, they open their wings, expose their eyespots and perform an intimidating display of threat. The intimidating visual display shown by the peacock butterfly gives it a much better chance at escaping predators than butterflies that rely solely on leaf mimicry. While the main targets of these anti-predation measures are small passerine birds, even larger birds such as chickens have been shown to react to the stimuli and avoid the butterfly when exposed to eyespots.