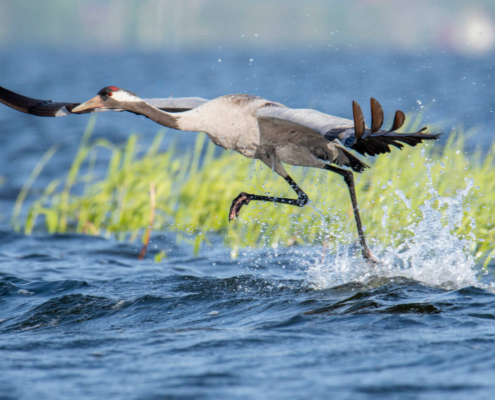 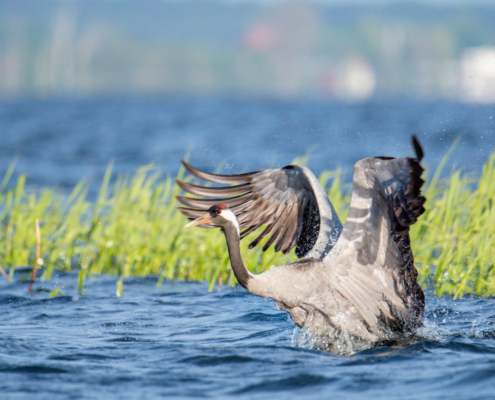 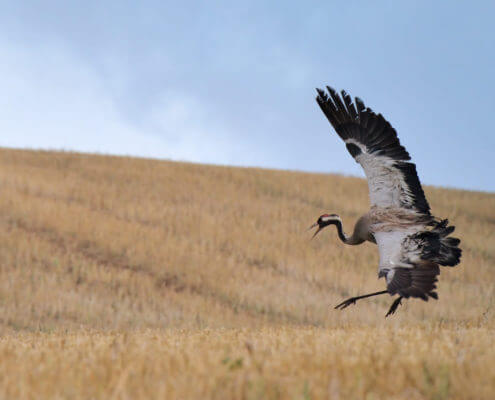 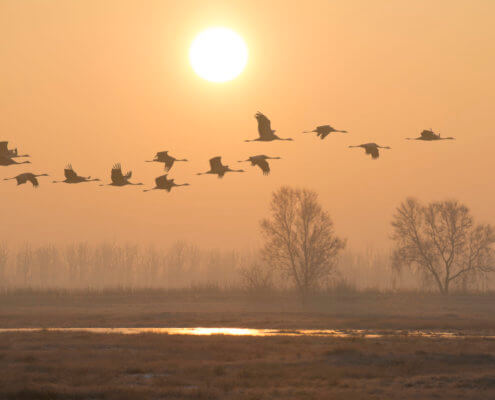 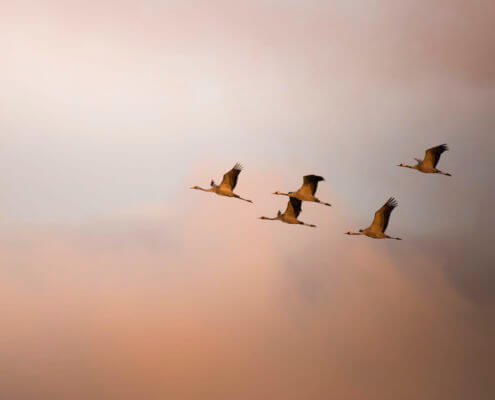 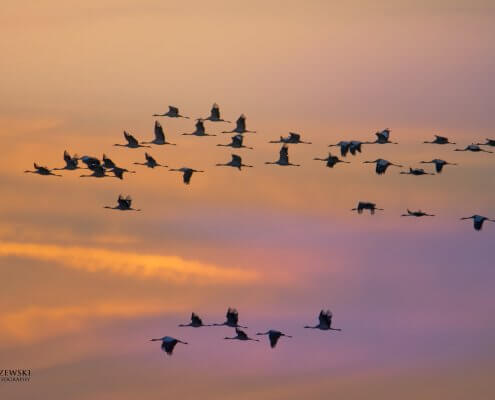 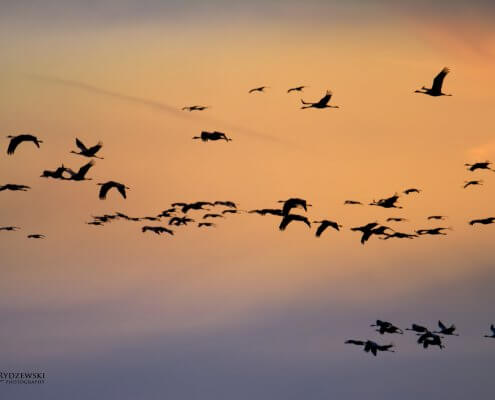 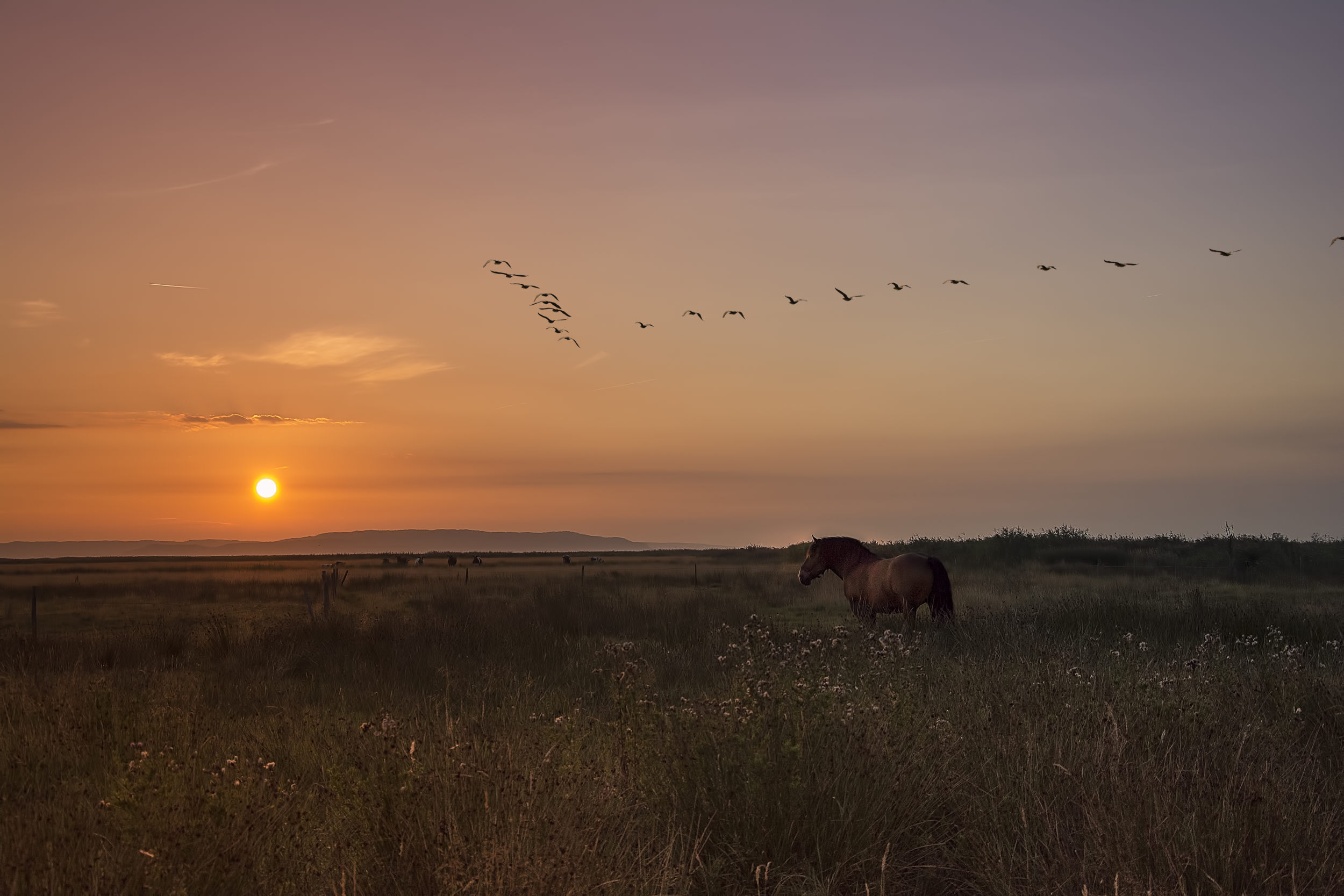 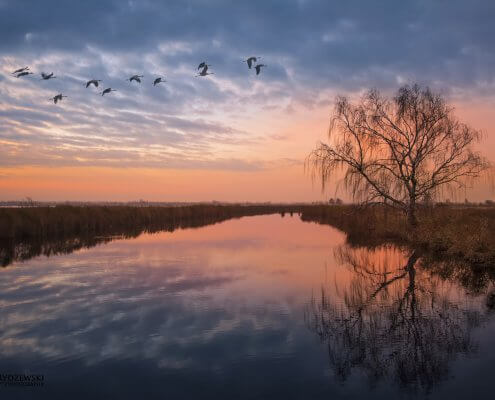 The common crane – Grus grus, also known as the Eurasian crane, is a bird of the family Gruidae, the cranes.

A medium-sized species, it is the only crane commonly found in Europe besides the demoiselle crane (Anthropoides virgo). It is one of only four crane species not currently classified as threatened with extinction or conservation dependent on the species level.

Grus is the Latin word for a “crane”.

This species is slate-grey overall. The forehead and lores are blackish with a bare red crown and a white streak extending from behind the eyes to the upper back.

This species is found in the northern parts of Europe and Asia. Formerly the species was spread as far west as Ireland. The species is a long distance migrant predominantly wintering in northern Africa. Autumn migration is from August to October and spring migration is in March through May. Important staging areas occur anywhere from Sweden and Germany to China and many thousand cranes can be seen in one day in the Autumn