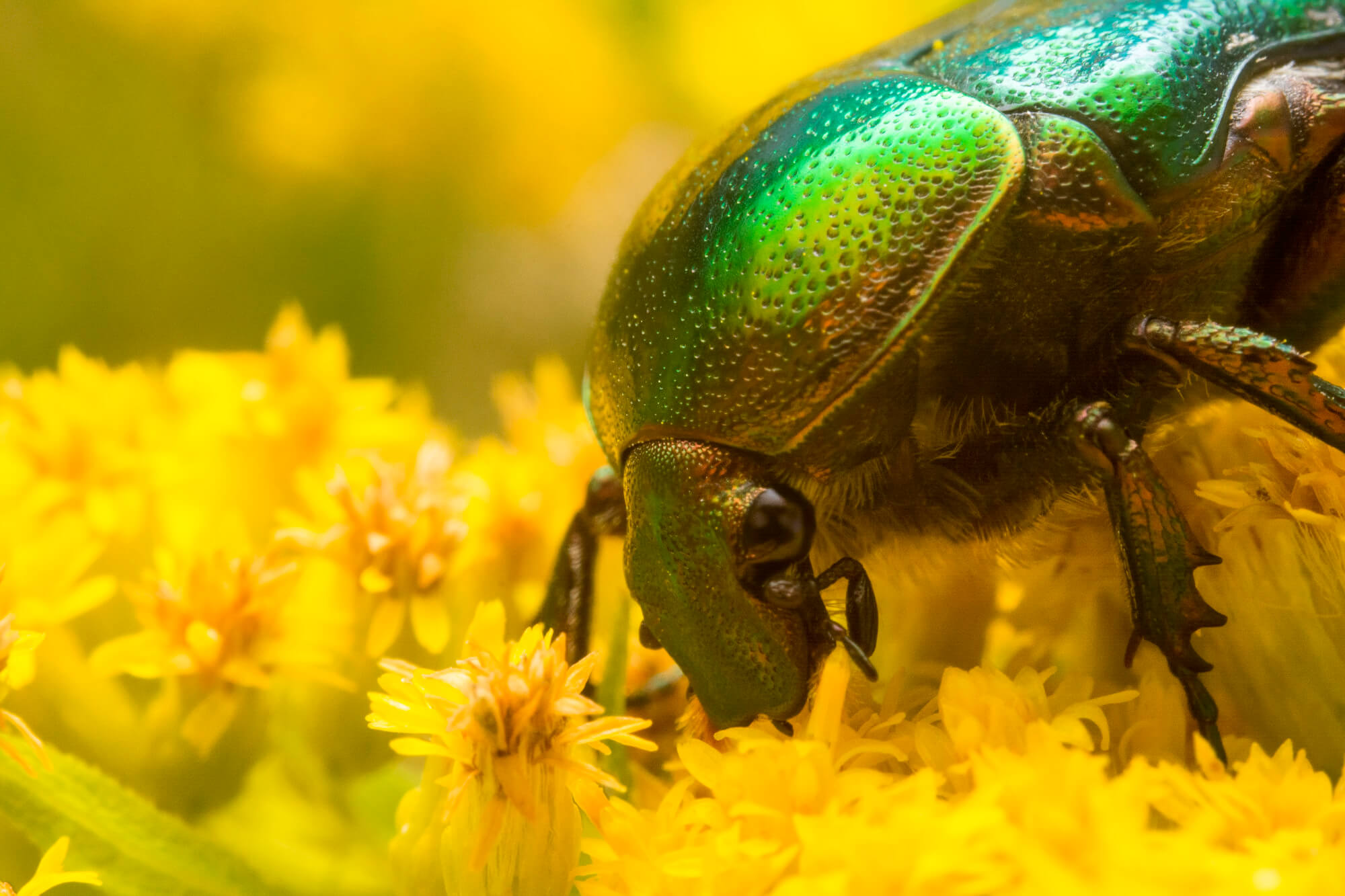 Cetonia aurata, called the rose chafer or the green rose chafer, is a beetle, 20 mm (¾ in) long, that has a metallic structurally coloured green and a distinct V-shaped scutellum. The scutellum is the small V-shaped area between the wing cases. The underside of the beetle has a coppery colour, and its upper side is sometimes bronze, copper, violet, blue/black, or grey.

Rose chafers are capable of fast flight; they fly with their wing cases down. They feed on pollen, nectar, and flowers, especially roses. They can be found among roses on warm sunny days from May until June or July, and occasionally as late as September. Rose chafers are found in southern and central Europe and in the southern part of the United Kingdom, where they sometimes seem to be very localized. They are a beneficial saprophagous species (detritivores).

The larvae are C–shaped and have a firm, wrinkled, hairy body, a small head, and tiny legs. The larvae overwinter wherever they have been feeding, which may be in compost, manure, leaf mould, or rotting wood. They grow very quickly and will have moulted twice before the end of autumn. They have a two-year life cycle. They pupate in June or July. Some adult beetles may emerge in autumn, but the main emergence is in spring, when the beetles mate. After mating, the female beetles lay their eggs in decaying organic matter and then die. 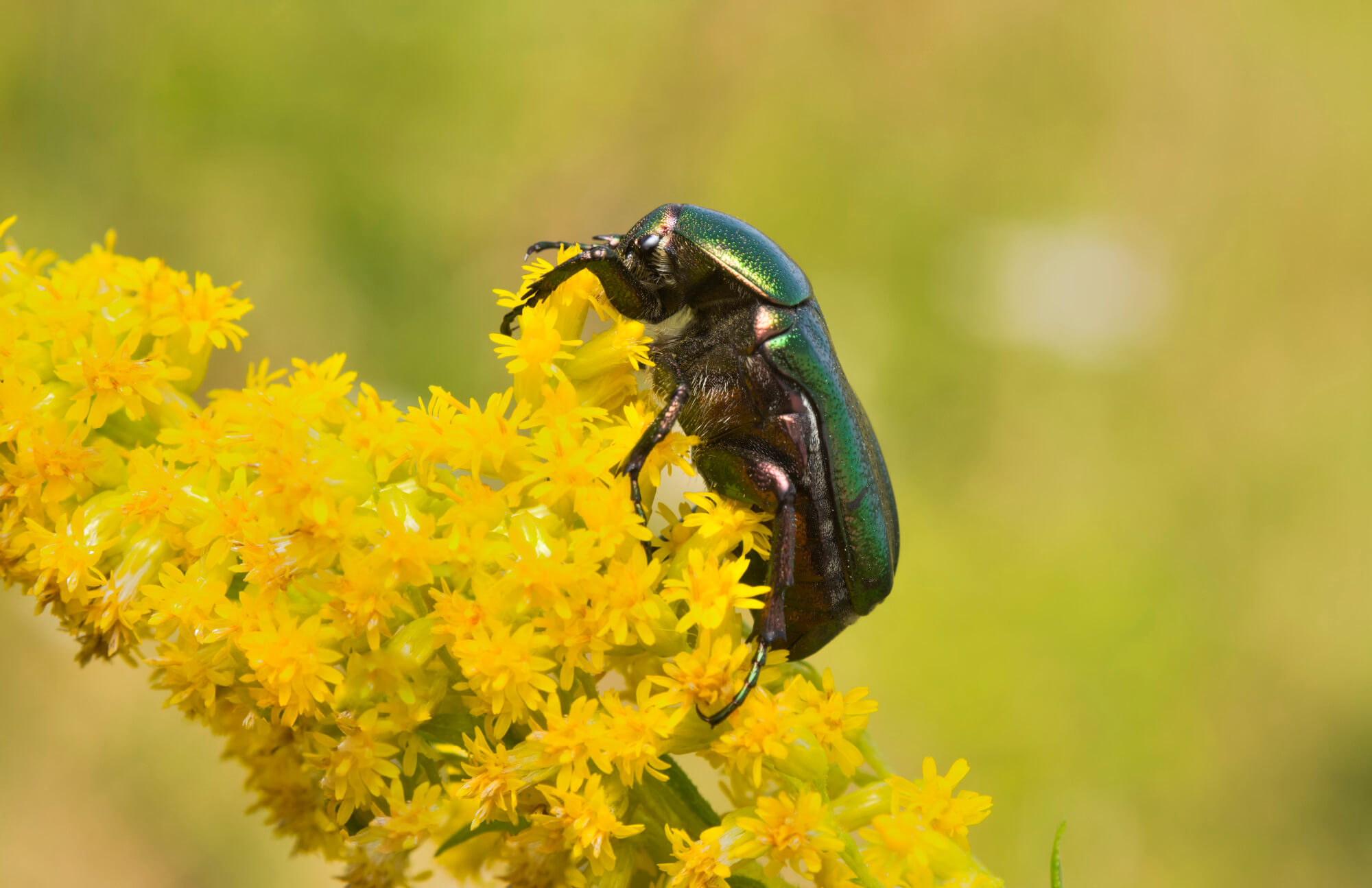 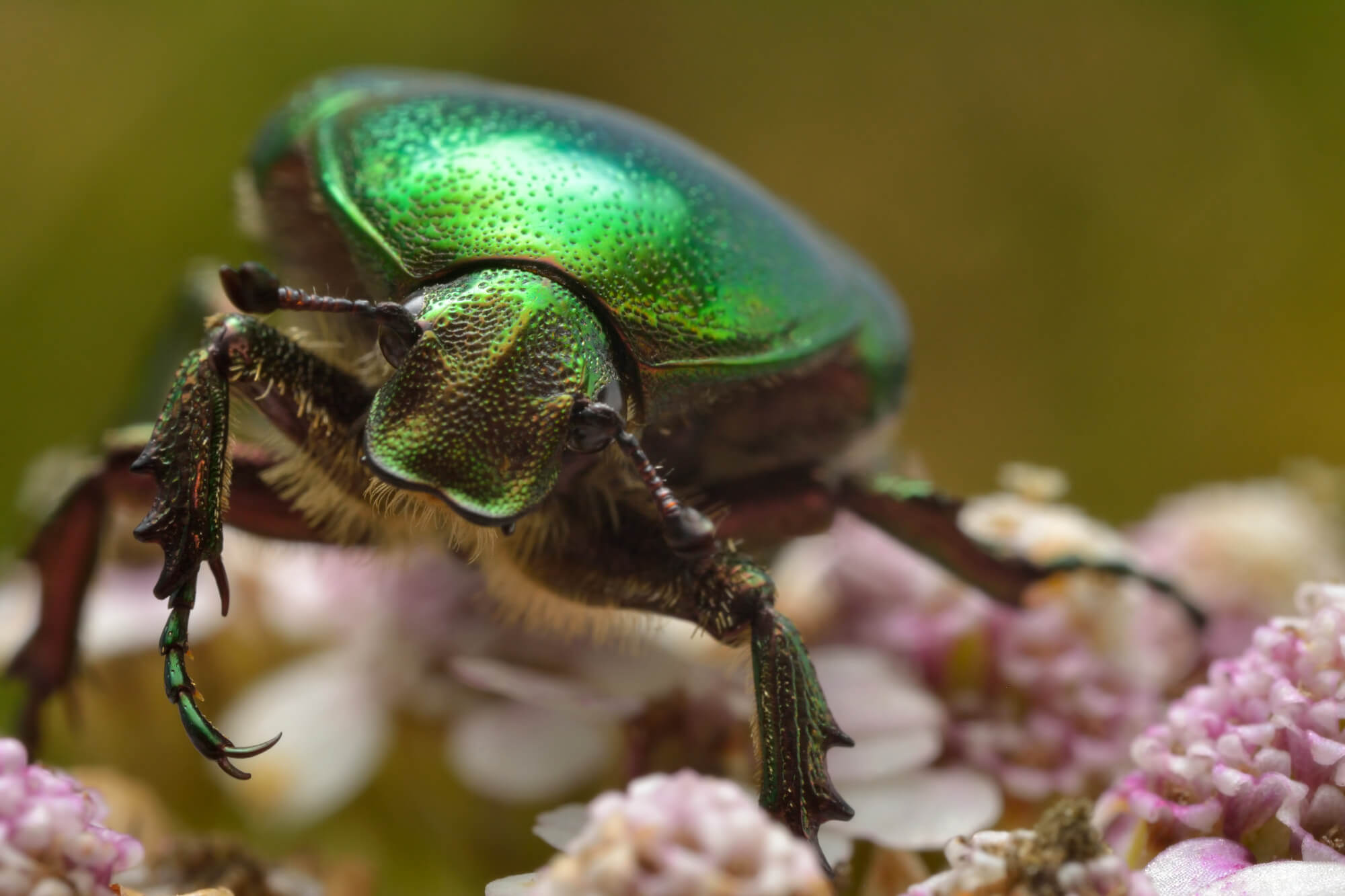