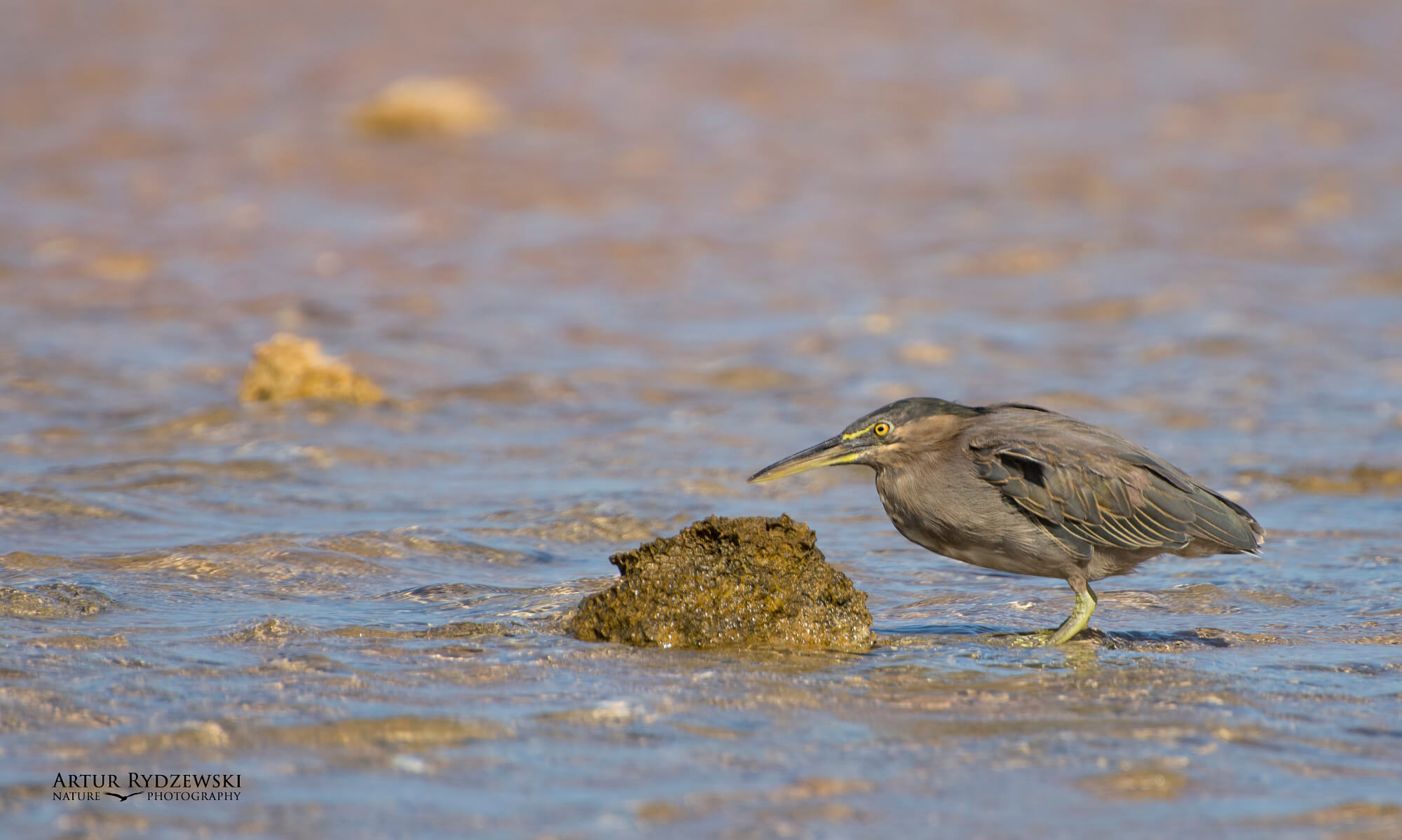 The striated heron, Butorides striata also known as mangrove heron, little heron or green-backed heron, is a small heron. Striated herons are mostly non-migratory and noted for some interesting behavioral traits. Their breeding habitat is small wetlands in the Old World tropics from west Africa to Japan and Australia, and in South America. Vagrants have been recorded on oceanic islands, such as Chuuk and Yap in the Federated States of Micronesia, the Marianas and Palau.

This bird was long considered to be conspecific with the closely related North American species, the green heron, which is now usually separated as B. virescens, as well as the lava heron of the Galápagos Islands; collectively they were called “green-backed herons”.

Adults have a blue-grey back and wings, white underparts, a black cap, a dark line extends from the bill to under the eye and short yellow legs. Juveniles are browner above and streaked below. These birds stand still at the water’s edge and wait to ambush prey, but are easier to see than many small heron species. They mainly eat small fish, frogs and aquatic insects. They sometimes use bait, dropping a feather or leaf carefully on the water surface and picking fish that come to investigate. 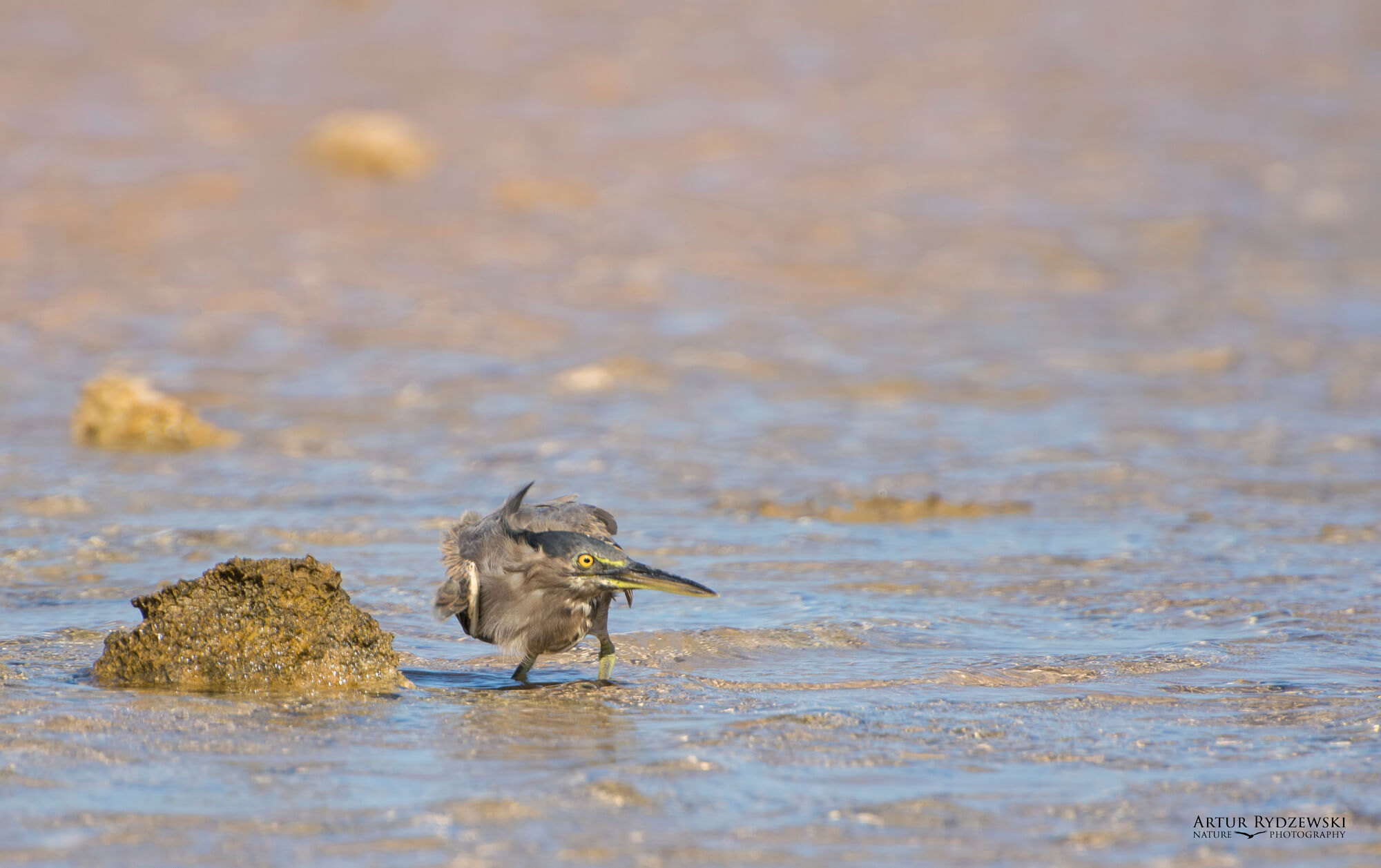