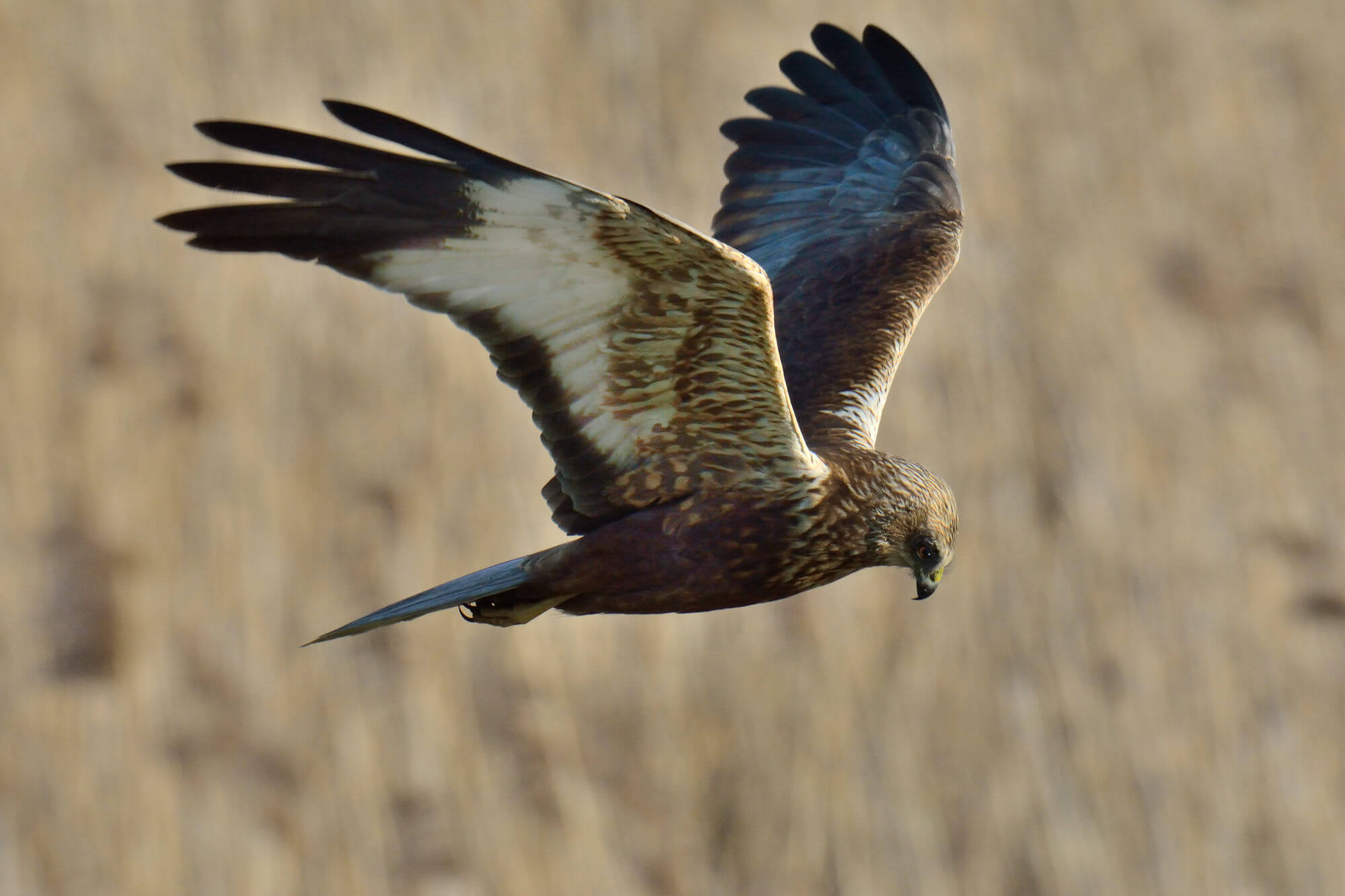 The western marsh harrier – Circus aeruginosus is a largest harrier, a bird of prey from western Eurasia and adjacent Afrca. It is also known as the Eurasian marsh harrier. The genus name Circus is for its circling flight (kirkos, “circle”), the specific aeruginosus is Latin for “rusty”.

Most populations of the western marsh harrier are migratory or dispersive. Some birds winter in milder regions of southern and western Europe, while others migrate to the Sahel, Nile basin and Great Lakes region in Africa or to Arabia, the Indian subcontinent and Myanmar.