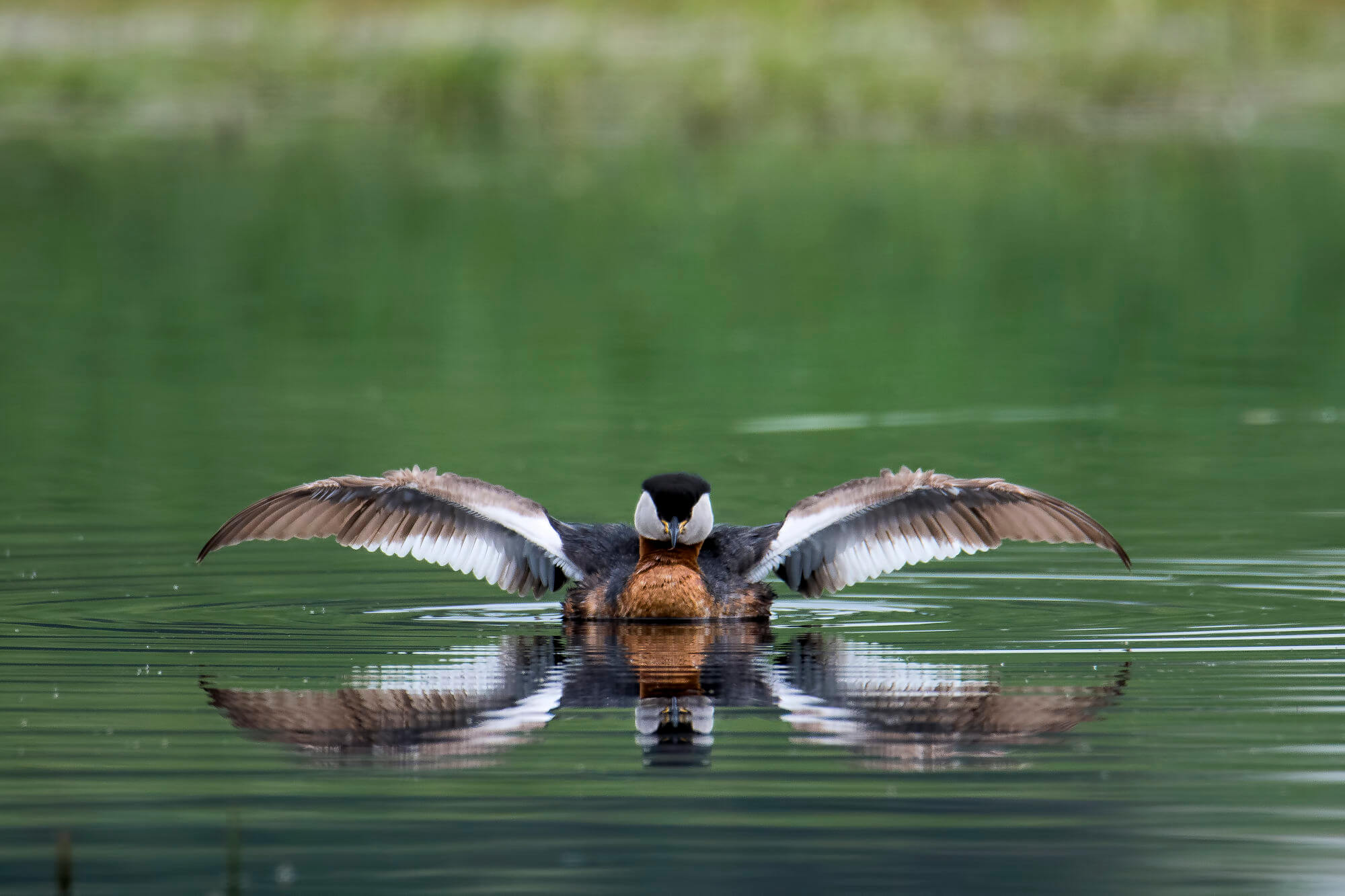 The red-necked grebe (Podiceps grisegena) is a migratory aquatic bird found in the temperate regions of the northern hemisphere. It’s wintering habitat is largely restricted to calm waters just beyond the waves around ocean coasts, although some birds may winter on large lakes. Grebes prefer shallow bodies of fresh water such as lakes, marshes or fish-ponds as breeding sites.

The red-necked grebe is a nondescript dusky-grey bird in winter. During the breeding season, it acquires the distinctive red neck plumage, black cap and contrasting pale grey face from which its name was derived. It also has an elaborate courtship display and a variety of loud mating calls. Once paired, it builds a nest from water plants on top of floating vegetation in a shallow lake or bog.

Like all grebes, the Red-necked is a good swimmer, a particularly swift diver, and responds to danger by diving rather than flying. The feet are positioned far back on the body, near the tail, which makes the bird ungainly on land. It dives for fish or picks insects off vegetation; it also swallows its own feathers, possibly to protect the digestive system.

On the breeding grounds, the red-necked grebe feeds mainly on invertebrates including adult and larval aquatic insects, such as water beetles and dragonfly larvae, crayfish and molluscs. Fish may be important locally or seasonally, especially for the American subspecies, and crustaceans can constitute up to 20% of the grebe’s diet. Birds breeding at the coast often make foraging flights to inland lakes or offshore areas to feed